3:27 PM, MAY 14 2013
Exclusive! Interview with a Girl Who Totally Went to College with Ryan Fogle, Alleged Captured Spy
by Juli Weiner

Ryan Fogle is a (totally dishy) young man who was recently picked up by Russian intelligence and identified as an operative working for the C.I.A. Who could play Ryan Fogle in the movie of this caper? Ryan Fogle, actually, because he is seriously really hot.
ABC News reports: “The Russian Federal Security Service (FSB), successor of the KGB, said in a statement on its website that Ryan Christopher Fogle was arrested late Monday night in Moscow with a stack of money, disguises and a letter with written instructions for a Russian citizen who was allegedly the target of recruitment.” Custody of Fogle has since been transferred back to the United States government, which did not see fit to comment on the matter.
A member of the Vanity Fair staff who would only agree to be identified as “Carly H.” attended the prestigious and preppy Colgate University with Fogle five or so years ago. “I’m pretty sure, like 98 percent sure—corroborated by my boyfriend, who was Fogle’s year—that he was in the ‘dry’ frat,” VF.com’s own undercover informant reveals. And lo, a simple Google search for the gentleman in question turns up an online newsletter in which Ryan Fogle, class of 2006, “sends his greetings from Virginia” to fellow members of Phi Delta Theta. Virginia, eh? McLean, Virginia?
Watch your back, third season of Homeland.
To find out more about the intellectual and social milieu in which this young government employee came of age, we spoke with aforementioned classmate, Carly H.:
VF Daily: Thanks for joining us. Immediate reaction?
Carly H.: Apparently years spent in a frat in a small middle of nowhere college where entertainment solely involves themed mixers and costume parties were insufficient preparation for him to choose the right wig.
What sorts of disguises might a Colgate student have worn to frat parties?
Well, you have your garden-variety 80s party—less useful in blending in in Russia (. . .actually, maybe more useful, given Russian street-fashion.) Then there’s the cowboys-and-Indians theme, a study in anthropological character-acting.
Do the freezing, endless winters of upstate New York adequately prepare one for a life in Russia? I understand you have never been to Russia, much less lived there, but if you had to guess? There were many coats involved at Colgate—layers, yes?
Yes. Colgate students wear as many layers of Patagonia as possible. Except for the ladies on going-out nights—then there was just one black “going-out fleece.” It’s less to keep track of and provides easier access to the “going-out top” worn beneath. I can’t say whether perhaps Mr. Fogle wore layers of things other than Patagonia to prepare for his time in Russia, but I have a hunch that Patagonia is not as common over there.
I’d also be curious to know if Phi Delt will create a “Russian Spies” themed mixer in his honor—blond wigs required.
Yeah, that wig! Colgate theater department?
Best guess is that it was taken off a drunk Phi Tau dressed up as a lifeguard at the Beta beach party, and tucked away in his spy box for later use.
И ещё:
The CIA is far too sophisticated for this kind of thing
Not so. Veterans of US intelligence work say that despite the trillions of dollars spent on satellites and signals intelligence, spying—especially in post-cold-war Moscow—comes down to very low-tech “humint” or human intelligence. So it’s common for undercover operatives to skulk around trying to cultivate potential spies, using wigs and other simple disguises so they—or their assets—can avoid detection. “It only seems amateurish if and when we get caught,” says one former Moscow station chief.

However, another former CIA officer, Robert Baer, says that if the allegations are correct, US spy tradecraft in Russia has suffered since the days when the CIA required that everyone use “Moscow Rules”—code for the most stringent counter-intelligence measures imaginable. “But you really need to wait until we hear a definitive account of this. This is only the FSB version,” Baer said.

Spies are always arrested as soon as they’re identified

Rarely. The US and Russia—and most other governments—routinely tolerate large numbers of foreign spies in their midst so they can keep their own operatives overseas. These spooks spend an inordinate amount of time just keeping an eye on each other. The decision to arrest one depends on any number of external factors, including politics. If Fogle did indeed work for them, the graybeards at Langley will now be trying to figure out just what might have prompted Russian president Vladimir Putin, an old spy hand himself, to approve handling this case in such a public manner. Russia’s arming of Syria’s regime, the US’s handling of the Chechens suspected in the Boston Marathon bombing, or even the dispute over adoption of Russian children by Americans might have caused the diplomatic chill. Fogle was apprehended just as Michael McFaul, the US ambassador to Moscow who has been a thorn in the authorities’ side, was starting a public Q&A on Twitter.

No. Usually arrests are a bump in the geopolitical road, and more of a symptom of larger bilateral problems than the cause of them. “When relations are good, we both just quietly send them home and don’t make a big deal of it,” said Baer, a 21-year CIA veteran who wrote a book about his experiences. Fogle, in fact, was quickly released back into US custody. Often, the arrest is a good excuse to trade some of their people for some of yours. When federal agents rolled up Anna Chapman and other members of a Russian spy network in the US in 2010, Washington got to bring home some of its own spies in exchange.

This is a big setback to US espionage efforts

Probably not. Fogle’s recruitment attempt—if real—looks like the kind of initial fishing expedition that was probably not tied to any particular large and ongoing spying effort. Most likely, the CIA runs many such operations in Moscow and throughout Russia. But those are usually highly compartmentalized, and Fogle’s arrest is unlikely to jeopardize any of them.

If the claims are true, Fogle was a spy for the United States

Definitely not. This is one of the most common misconceptions. US undercover personnel overseas are called “case officers.” It’s the people they cultivate to work against their own government who are called agents, “assets,” or in plain English, spies. “Why everyone started calling us the agents and not our sources, I don’t know,” Baer says. “But I know it just drives everyone at the CIA crazy.”

Ryan Fogle Detained By Russia, Accused Of Spying For C.I.A. 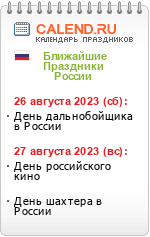