Email ThisBlogThis!Share to TwitterShare to FacebookShare to Pinterest
Labels: Цитата

Killing the King: The Trial and Execution of Charles I
Posted on December 11, 2012 by Rupert Colley
On the afternoon of 20 January 1649 a slightly-built 48 year old man with long greying hair stood before a court in London, charged with treason. But this was no ordinary court of law; it was the High Court of Justice sitting in Westminster Hall. And this was no ordinary charge of treason against the Sovereign; it was treason against the people by the Sovereign. For the man who stood trial was the King himself.

The trial and execution of Charles I was a microcosm of the English Civil War which had preceded it, in that both trial and war hinged on whether the King should be accountable for his actions to his people. The war had been bitterly fought since 1642 between the Royalist supporters of Charles I and the Parliamentarians led by Oliver Cromwell and had claimed an estimated 185,000 lives.

The Royalists defended the ‘divine right’ of the King to rule unfettered by Parliament, and to account for his actions ‘but to God alone’. By contrast, the Parliamentarians sought to limit the King’s powers by requiring him to obtain the consent of the House of Commons: what we now recognise to be a constitutional monarchy. Many of them, including Cromwell, were devout Protestants who believed that God was on their side.

By 1647 the Parliamentarians had won the military battle, scattering the Royalist armies and holding Charles in custody at Carisbrooke Castle on the Isle of Wight. Their leaders, Cromwell and General Henry Ireton, made a number of attempts to negotiate a new constitutional settlement with Charles but he refused to co-operate with any of them. Indeed Charles, who was by turns awkward, aloof and devious, had no compunction about lying or breaking agreements.

Even from his cell, he secretly negotiated for the Scots to invade the North of England in 1648 but they were brutally crushed by Cromwell’s forces. Faced with this latest act of betrayal, and exasperated with Charles’ attempts at escape – one of which ended with him stuck fast in a window – Cromwell finally lost his patience. Encouraged by Ireton, he resolved to put the King on trial for treason. Charles, the Immovable Object, had clashed head on with the Irresistible Force of Cromwell, and in so doing contributed to the building of his own gallows.

Cromwell (pictured) acted quickly: on 6 December 1648 his New Model Army led by Colonel Pride marched on Parliament and forcibly prevented about 130 MPs from entering. Only the remaining 70 MPs, all supportive of Cromwell, were admitted to the new “Rump Parliament” which promptly broke off all negotiations with Charles. On orders from the Council of Officers of the New Model Army, Charles became a prisoner of the State, and was carted around the country accordingly, moving from Carisbrooke to Hurst to Windsor Castle, before eventually being packed off to London.

Parliament had never before brought a reigning monarch to trial on charges of treason, and the Rump found itself in deep and unchartered waters, especially given that their intention was to rid the country not just of the man but of the monarchy itself. Cromwell knew that an execution was inevitable and therefore was at pains to ensure that the trial was conducted with all due legal process, but the necessary legal framework had to be constructed as hurriedly as the makeshift scaffold.

Those deep, unchartered waters rapidly became extremely murky. When the Rump passed a Bill in the House of Commons calling for Charles to be tried for high treason, it was rejected by the House of Lords, but the Commons pressed on regardless and declared itself to be the supreme authority in the land with powers to pass laws without the consent of either Lords or King. Yet the subsequent Act was only passed by a margin of 29 to 26.

Three Lord Chief Justices as well as the Parliamentarian lawyer Bulstrode Whitelocke refused to serve as President of the court – before an obscure provincial judge called John Bradshaw was named. And when 135 commissioners were nominated to attend the trial a significant number of them refused to do so, including the New Model Army general Sir Thomas Fairfax, and the republican Algernon Sydney, who argued that the King could not be tried by any court, let alone the High Court of Justice. Cromwell furiously replied “I tell you we will cut off his head with the crown on it”.

The trial, which was effectively the first attempt to try a sitting head of state for war crimes, began on 20 January in Westminster Hall. Previously full of shops and booths, it was cleared to make a massive public gallery where up to 5,000 people were excitedly crammed in. The Serjeant in Arms rode into the hall carrying the mace, accompanied by 6 trumpeters on horseback.

The New Model Army was heavily present, fearing an attempt to rescue the King, and Charles was kept in an area sectioned off from the noisy crowd. He was not allowed any legal representation, which was proof enough that it was a ‘show trial’. John Bradshaw, the judge, fearing assassination, wore a bullet-proof hat throughout the proceedings, whilst Charles adopted a pose of supreme insouciance to those around him, dressed in black with the silver star of the Order of the Garter embroidered on his cloak.

When the Solicitor for the Commonwealth, John Cooke, attempted to read out the charge against the King, he was frustrated by repeated interruptions from Charles, who at one point struck him on the shoulder with a cane, causing the ornate silver tip to clatter on to the floor between them. Charles ordered Cooke to pick it up, but Cooke refused, and after a long pause Charles stooped to retrieve it.

When the charge against Charles was finally read out there was uproar in court when he refused to enter a plea of not guilty. In a commanding and eloquent voice he said:

“….. I would know by what authority I was brought from thence [the Isle of Wight], and carried from place to place, and I know not what: and when I know what lawful authority, I should answer. Remember, I am your King, your lawful King… I have a trust committed to me by God, by old and lawful descent; I will not betray it, to answer you a new unlawful authority…..”

Charles had exposed the court’s shaky foundations, arguing that it had no right in established law to bring him to trial, and saying that it was not possible for a King to commit treason against his own people. As he pointed out, he was not even being made to answer to Parliament; but was being tried before an illegal, ad hoc assembly of dubious commissioners, only 67 of which had had the courage to turn up.

Receiving no plea from the King raised an acute practical problem for Cromwell. In such circumstances it was customary to crush a man between stones until either a plea was extracted or the defendant died, and clearly this was unthinkable in the case of a reigning monarch. Bradshaw was forced to adjourn the court, and when the trial continued two days later Charles again refused to enter a plea, saying that “a king cannot be tried by any superior jurisdiction on earth”, and even if he could, “the commons of England was never a Court of Judicature”. He was excluded from the rest of the court’s proceedings, denied the right to speech or to be present to hear the evidence against him.

On 27 January Charles I was brought in once more to hear his sentence. Only at the very last did he offer to be tried before a court more representative of Parliament, but it was too late. The charge, verdict and sentence were read out, ending: “For all which Treasons and Crimes this court doth adjudge that he, the said Charles Stuart, as a Tyrant, Traitor, Murderer and public Enemy to the good people of this Nation shall be put to Death by severing the head from his Body.” Bradshaw, Cromwell and Ireton were amongst the 59 men who signed the Death Warrant, though some of the commissioners refused to do so. Cromwell’s nervousness was so acute that he burst into a fit of uncontrolled giggles and started flicking ink at the other signatories as a general hysteria overwhelmed them all.

Execution of a King

The day of execution, 30 January, was bitterly cold with the River Thames frozen solid. Not wishing his shivering to be mistaken for fear, Charles dressed in three shirts. There was a delay of four hours as legislation was drawn up and passed which outlawed any future succession to his throne. Marched along Whitehall Palace and through Banqueting House to the scaffold, Charles was met by two heavily disguised executioners, a coffin draped in black velvet, and a low wooden block.

He readied himself, saying to the executioner “Does my hair trouble you?” and was asked to put it all under his cap. Expressing an unwavering conviction that his Kingship was divinely anointed, he said “I go from a corruptible to an incorruptible Crown, where no disturbance can be.” He took off his cloak and his Garter insignia, and laid on the floor to place his neck upon the block. With one clean strike his head was severed: but when the executioner held it aloft no cheer arose from the vast crowd. Instead there was a low audible groan.

Buried in St George’s Chapel, Windsor, the finest moment of Charles’ life had been the leaving of it. Had he betrayed such character and steadfastness during his reign, the causes and outcome of the civil war may have been very different.

What happened to the regicides upon the restoration of Charles II in 1660? Those who had disengaged from the trial, including Fairfax and Whitelocke, were absolved (Sydney was abroad at the time). But 9 of the 45 men still alive who had signed the Death Warrant, including Cooke, were hung, drawn and quartered. And there was no forgiveness for the dead. Cromwell, Bradshaw, and Ireton were exhumed and their heads stuck on poles on one of the towers of Westminster Hall. Cromwell’s remained there for more than 20 years. 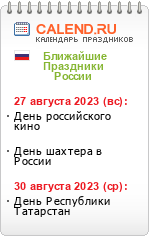